Making Sense of the 30% Rule in Islamic Finance 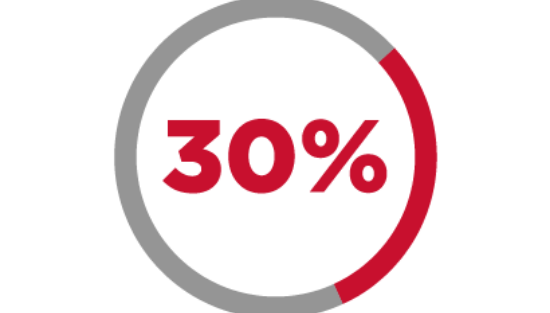 To determine the Shariah compliance of an equity investment, a company’s business and financials are screened. Investors commonly ask the nature and evidence behind the 30% and 5%. This article addresses the rationale and the history of the financial screening as well as raise some questions on the future of the screening criteria.

The History of the Screening Criteria

Research and discussions on investments in the equity markets began in the 1980s. In 1987, senior Shariah scholars such as Mufti Muhammad  Taqi Usmani (Pakistan),  Shaykh Saleh Tug (Turkey) and Shaykh Mohammad Al Tayyeb Al Najar (Egypt) formed a working group with an objective of finding a solution that would allow Muslim investor to own shares of listed joint stock companies.[1] The International Islamic Fiqh Academy issued a ruling in 1992 that permitted investing in common stocks of Shariʿah compliant companies. Shaykh Nizam Yaqubi, who issued the fatwa for the DJIMI in 1998, was instrumental in the Shari’ah compliant stocks screening.[2] In an interview in 2015, Shaykh Nizam explained the historical motivation dating back to the 1990s’ Dot.com boom that attracted many Muslims around the world to make investments using their families’ wealth in expectation of high returns. These potential investors around the world inquired into the permissibility of investing in individual stocks. As it was impossible to respond thoroughly and individually to all inquiries due to the constraints of time and resources, Shaykh Nizam proposed that he issue a general criterion that can be applied to identify those companies operating within the acceptable range of Shari’ah principles.[3]

Since then, a number of Shariah boards and Shariah scholars have adopted variations of the Shariah screening criteria, giving it further Shariah strength and approval.

The financial screening consists of ratios to determine the level of excessive and intolerable exposure to interest in the conventional financial markets. The AAOIFI Shariah screening criteria consists of the following ratios:

(1) Interest-based debt: The collective amount raised as a loan on interest, whether long-term or short-term debt does not exceed 30% of the market capitalization of the corporation.

(2) Interest-based deposit: The total amount of interest taking deposits, whether short, medium or long term, does not exceed 30% of the market capitalization of total equity.

(3) Earning from impermissible activities: The amount of income generated from prohibited component does not exceed 5% of the total income of the corporation, irrespective of the income being generated by undertaking a prohibited activity, by ownership of prohibited assets or in some other way.

Previously, a company’s liquid-to-illiquid assets’ ratio was also screened as part of the screening criteria. However, the latest AAOIFI Shariah Standard No.59 on the Sale of Debt revised this condition. Previously, the total market value of tangible and fixed assets, benefits and rights were required to be a minimum of 30% of the total asset value of the corporation.

The 30% was a result of querying that in the case of necessity, what level of exposure can be overlooked and considered as the maximum allowance for exposure to Riba in investments? Necessity in this case meant that it was almost impossible to avoid some level of exposure to unlawful gain in the financial markets. The research was in the context of the 1990s global financial markets and global economic siutation, which had the following context:

The solution to the above query and context was twofold:

Thus, scholars searched for an indicator in the Shariah to differentiate between excessive and minor exposure in scenarios where exposure is beyond one’s control and power. Some proposed 49% as that is the final number to remain a ‘minority’ based on the Islamic legal maxim that the ‘excessive is given the ruling of the whole’. However, others argued that there is a Prophetic narration which proposes one-third as being excessive. The narration is as follows:

Based on the above, scholars felt that there is a reference to excessiveness in the sacred text, so it would be more prudent to adopt one-third as a benchmark for excessiveness. If we rationalise the one-third, it is the minority against the majority of two-thirds. Thus, breaching one-third will eliminate the two-thirds’ majority. A 2:1 ratio makes the 2 dominant, making the 1 inferior and weaker.

Although 30% is not one-third, 30% was seen as a reasonable standard just below one-third to prevent the “excessiveness” from being within touching distance. Although this is an Ijtihadi issue, since then, majority of scholars have adopted this view and therefore the view has gained further strength and is now a standard based on widespread scholarly acceptance and approval.

In fact, the Maliki school adopts one-third in several issues as a benchmark. Imam al-Qarafi lists nine other areas of Fiqh which considers one-third as a benchmark, including rulings in matters of blood money, exempting one-third when selling an unknown amount of foodstuff, tolerating deficiencies in a sale-item when it is less than one-third, wiping of one-third of the head in Wudhu, allowing the pricing up to one-third when sale items are priced exuberantly and other such issues. Thus, one-third has manifested in other areas of jurisprudence as a measure and benchmark to allude to excessiveness and completeness.

As a result, one-third has been determined as the maximum involuntary and indirect exposure to unlawful and interest-based finance. There are several questions raised against the screening criteria, which need further research and dialogue among senior Shariah advisors and Standard-setting bodies. Some of the questions are as follows: