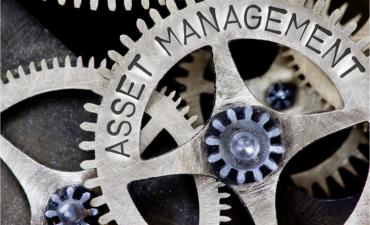 This article is part of our Fiqh blog series which aims to discuss more advanced subjects relating to Islamic Finance and Fiqh al-Mu’amalat. This blog piece addresses the different types of subject matters that are traded and transacted.

One of the fundamental tasks in any Shariah review or Shariah product development is to understand the subject matter of sale. This is an advanced area in Fiqh al-Mu’amalat and requires in-depth study and research to grasp. This article distills these technicalities and presents an overview of different types of subject matters from a Shariah perspective, making it simple for beginners to understand but giving sufficient detail to enrich the advanced readers. For a Mufti, scholar and practitioner in Islamic Finance, understanding these technical matters are necessary, as the finer details have an impact across several chapters of Islamic law, including but not limited to Zakat, estate distribution, compensation and indemnity, contracts of exchanges, business partnerships, dower, settlements, bequests and other areas in Islamic law. Islamic law is congruent and intelligible; it has patterns and underpinning principles, invisible meanings which connect the several dots across the apparently fragmented chapters of the law. Understanding the underpinnings and conceptualising the invisible patterns assist in joining these seemingly random dots of the law.

The subject matter of sales in Mu’amalat

Subject matters in transactions can fall under any of the following:

If we consider the understanding of Hanafi jurists, the main differences between the above are: Māl is that which people have an inclination to and is storable, retrievable for future use. The benefits derived from Mālare regarded as Manfa’ah. The Manfa’ah is derived from Māl is based on the utility provided by the Māl. A Haqq gives right to Māl, Manfa’ah, or Dayn. A Haqq is a means and not an end; it is an intermediary. Haqqpermits you to do something. Dayn is a liability and debt owed to another which rests on a person’s dhimmah (individual’s legal personality) as a result of purchasing Māl, Manfa’ah, or Haqq.

Linguistically, Māl in the Arabic language refers to anything which can be acquired and possessed, whether it is corporeal and tangible (‘ayn) or intangible. Examples of Māl include gold, silver, animals and real estate. After the codification of Islamic law, the term Māl was coined to denote different technical meanings and concepts. Thus, jurists from different schools differed in their understanding of Māl. The Hanafi jurists have differed from the majority in their understanding of Māl – some of the common definitions among the Hanafi jurists are:

The definitions denote two key criteria for defining Māl in the Hanafis’ view as “inclination” and “storability”. Although some Hanafi jurists have stated that Māl must be a physical entity, Mufti Muhammad Taqi Uthmani dispels this argument and states that the Qur’an and Sunnah have not explicitly defined Māl. Rather, Shari’ah has left it to the understanding of people. Furthermore, he argues that there is legal precedent in the Hanafi school to describe intangibles as Māl [Fiqh al-Buyu’].

The Shafi’i jurists have included usufruct in the definition of Māl. Imam al-Zarkashi states that “Māl is what gives benefit, i.e. prepared to give benefit”; he continues to say that Māl can be material objects or usufructs. Imam al-Suyuti states: “The terminology Māl should not be construed except as to what has value with which it is exchangeable; and the destructor of it would be made liable to pay compensation; and what the people would not usually throw away or disown, such as money, and the likes.”

Only that which is Māl and has Taqawwum can be traded by Muslims. Taqawwum means that the item should be lawful in Shari’ah. Only lawful items have a recognised value in an Islamic framework. Therefore, Ali Haydar states that the criteria for any item to be tradeable and exchangeable are:

Tamawwul refers to anything used as Māl. Taqawwum refers to the item being lawful. The Islamic scholars state that a single grain of wheat is not Māl without the Tamawwul of people. This shows that although a grain of wheat is existing – it is tangible, visible, and storable – the Islamic scholars negated it from being Māl unless there is Tamawwul.

The Hanafi jurists have differed in their understanding of Manfa’ah. Hanafi legal theory does not recognise Manfa’ah as Māl. They argue that usufruct is not something that exists independently; Usufruct is created by using Māl. Hence, Manfa’ah has the following characteristics which distinguish it from Māl:

The majority of jurists from beyond the Hanafi school have defined Manfa’ah as Māl. They argue that usufruct is the objective of property. In addition, in an Ijarah (lease), Manfa’ah is considered as Māl when in lieu of consideration [Umdat al-Ri’ayah].

The term ‘Haqq’ is a broad concept that incorporates property rights (Haqq Mālī) and non-property rights. A Haqq Mālī is that right which is connected to property (Māl), usufruct (Manfa’ah), or debt (Dayn). There are two types of Haqq Mālī:

Al-Haqq al-Shakhsi is that right that emanates as a result of a contractual relationship between counterparties, whereby one has an obligation to perform in favour of the other. Hence, the right is due to another person. This is also referred to as iltizam in Islamic law [al-Madkhal al-Fiqhi al-‘Am].

Al-Haqq al-‘Ayni refers to the right in relation to an item or service. This incorporates the classical rights discussed by the jurists such as the right of passage (ḥaqq al-murūr), the right to flow of water (ḥaqq al-Tasyil), the right to water (ḥaqq al-shirb), etc. Such rights as these are referred to by Mufti Muhammad Taqi Uthmani as al-Huquq al-‘Urfiyyah (customary rights).

As opposed to al-Huquq al-‘Urfiyyah, rights granted by the Shari’ah which are not the result of analogical reasoning (Qiyas) and custom (‘Urf) are known as al-Huquq al-Shar’iyyah (Islamic legal rights). Such rights cannot be traded. Examples of such rights are Haqq al-Shuf’a (right of pre-emption), Haqq al-Wirāthah (right to inherit), Haqq al-Qiṣāṣ (right of retribution), and Haqq al-Talāq (right to divorce). Huquq al-Shari’yyahcomprise of rights which are established explicitly in Shari’ah to ward off harm or to grant a benefit to a specific person. These rights are specific to the person due to the specific circumstances of that individual. As a result, these Huquq are specific to the right holder and cannot be transferred in lieu of a payment [Fiqh al-Buyu’].

Rights that are not primarily granted by Shari’ah but are based on custom and practice are regarded as al-Huquq al-‘Urfiyyah (customary rights). These are determined by the practice and understanding of people. The ruling of all such rights is based on customary practice (‘Urf). Those rights which are not traded are not considered to be Māl. As a result, they do not possess the economic value which warrants consideration. The jurists only permit a fee for relinquishing (Tanāzul) such rights and not a fee to sell. Because the right is not Māl, the right cannot transfer to another party in lieu of a fee; instead, the right holder will be merely relinquishing and waiving their right. Rights that have a customary economic value and are sought by people are Māl, based on the customary practice. Many such rights today are documented, registered, and legally recognised as assets. As a result, they are easily tradable.

Dayn refers to debt and gives a right to a claim against the debtor. The classical Fuqaha have described Dayn as Māl Hukmi, which means that in the eyes of the law, it will be treated as Māl, although in reality, it does not possess the traits of Māl at the present time. The reason why the Fuqaha do not real Dayn as Māl proper in the present is that Dayn is something which is not storable or retrievable at present, rather Dayn is inseparable from the debtor. It is due to this inseparability that Dayn has far greater controls than other assets. Dayn cannot be traded by other than the debtor to third parties as there is Gharar in whether the debtor will be able to deliver to this third party. As such, it does not qualify as Māl in the true sense of the word in the present, but will have the features of Māl in the near future when the debt is claimed [Durar al-Hukkam Fi Sharh Majallat al-Ahkam].

None of the above

When the subject matter does not qualify for any of the above, then it is an invalid subject matter. Such a subject matter is not recognised in Shariah and cannot be traded or exchanged. It is among the primary principles of Shariah that only an asset that has a bona fide benefit and utility is traded. The Maliki scholar Imam Ibn al-Arabi (rahimahullah) mentions that an asset worthy of transacting and trading is that asset which people genuinely aspire, which is capable of being used for a genuine purpose and it is lawful to use from a Shariah perspective. The Shafi’i Imam al-Zarkashi (rahimahullah) states that an asset in Shariah is that which has utility and benefit. The illustrious Hanafi jurist Ibn Nujaym (rahimahullah) quoting from al-Hawi al-Qudsi states a similar principle that assets have been created for the benefit of mankind. The great Hanbali jurist Imam al-Mardawi (rahimahullah) states that assets that are lawful in Islam are those which have a Shariah compliant and valid use case. These descriptions stem from a Shariah concept known as Mal. Mal  is that thing which people incline towards. Generally, reasonable people are only inclined towards something when they perceive a benefit therein. And that is the essence of Mal, something that benefits. Anything that is beneficial and has a clear, Halal utility is Shariah compliant. Anything that doesn’t have a utility or does not have a Halal benefit, then it is not Shariah compliant. The reason for this Shariah requirement is that Islam sees a transaction to be one where both parties are equal and have a level-playing field. As such, both parties should gain and benefit from a bargain and transaction. When one party is paying money or giving something of value with a clear use case, the counterparty must also deliver something of equal nature i.e. possessing value with utility and a clear use case. Furthermore, Shariah doesn’t recognise an asset that has no reasonable utility as a valid subject matter of the sale. The wisdom of that is clear, which is to prevent people from selling all crazy and useless items to those who are naive, gullible and not aware of what is going on. These principles safeguard and protect consumers from deception and being taken advantage of. The essence of Shariah is to establish that which is beneficial and prevent that which is harmful.